A common question among gamers, day traders, CAD users or people wanting to setup a bank of multiple monitors. Is can I use two different graphics cards in one computer?

It’s possible to use two different graphics cards in one computer. Both cards will provide a graphical output to your monitors or for running separate tasks on each card. BUT these cards can’t be linked in tandem to form a GPU array using either SLI or Crossfire. In other words they don’t add additional frame rate performance. The cards will run independently of one another.

In this post I will outline the users and how to install two different graphics cards in one computer.

How to use two different graphics cards in one computer?

If you want to use two different graphics cards in one computer. Then it’s possible. But ONLY to provide additional graphical outputs to your monitors or assigning separate tasks to each card.

A two different card setup is fine for day trading applications or general productivity tasks. Two cards used this way will provide additional monitor outputs. However all the graphical processing load for a single task is handled by the primary GPU only.

If you’re a CAD user then a different card setup can be used to assign different tasks to separate GPU. For example rendering using one GPU whilst modelling on the other.

Windows 10 allows users to select the primary GPU. Users can nominate the primary card then open an application. Set the second card as primary and run the second application. Two tasks can be run on separate GPU’s. Dedicating 100% of each GPU’s efforts to each task.

What is Direct X 12 Explicit Multi-Adapter

But EMA became hard to implement for many developers and the idea never really caught on. Only a handful of games and applications support Direct X 12 EMA.

If you want to add frame rate performance by adding an addition graphics card. Your best option is to install compatible (identical) cards. Either both compatible Nvidia or AMD with SLI (Nvidia) or Crossfire (AMD) bridges. Or upgrade to a single more powerful GPU.

How to connect two graphics cards in one computer?

The easiest and most effective method for adding an additional GPU to your PC is using identical or compatible cards with either an SLI (Nvidia) or Crossfire (AMD).

Either of these two methods require compatible motherboards with an addition PCI express slot.

AMD GPU’s use Crossfire. For newer cards this only requires identical GPU’s. Crossfire bridges are only required for older cards. VRAM doesn’t have to be identical.

Using this method your GPU’s will run in tandem. Whilst the performance isn’t a perfect 2 x scaling performance for frame rates. It still provides a decent 50-80% increase in performance.

Installing two different graphics cards in one computer is a similar process as installing a single card. It’s straight forward and can be done by anyone with basic technical skills.

NOTE: Before installing your new GPU. Make sure your current power supply supports both units. To check use a PSU calculator.

Power supplies are cheap and relatively easy to install. If you need a new PSU. Check out my favorite PSU units.

To install your second GPU:

How to install drivers for two different graphics cards

Depending on the cards you’re installing. Will determine how best to install the drivers.

The main problem with installing two different graphics cards is that windows 10 doesn’t allow the installation of more than one set of drivers.

The following are solutions for installing drivers depending on the GPU type and generation:

How to install drivers for two graphics cards of similar generation

If you are using cards of similar generations. Both cards likely use the same driver. Nvidia and AMD drivers are designed to support a range of cards.

When cards aren’t supported by the same driver. Then you’ll be forced to use the older driver to run both cards.

If you’re running Windows 10 and depending on the age of the older GPU. Unfortunately, the GPU’s may not be support by the same driver at all.

If you are using an AMD with an Nvidia card. The following process is suggested:

After you’ve installed your graphics cards and find there’s no display with graphics card plugged in check out this link for a common fix!

Welcome to TradaMaker, a site dedicated to all things trading. This blog is designed for those who share a love of trading. My goal is to provide a valuable resource that shares my insights into the retail trading world.

I make regular updates to this site. To receive notification of my latest posts and join the community please subscribe to our newsletter below. 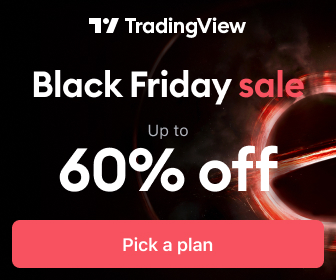